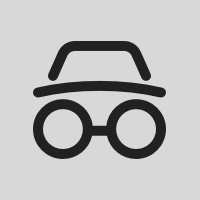 What is a medium level sudoku ?

A medium level sudoku is a puzzle game that is of intermediate difficulty. It is typically more challenging than an easy level sudoku, but not as difficult as a hard or expert level sudoku.

In a sudoku puzzle, the goal is to fill in a 9x9 grid with numbers such that each row, column, and 3x3 subgrid (also known as a "box" or "region") contains all of the digits from 1 to 9. Each puzzle has a unique solution, and the difficulty of the puzzle is determined by how many clues (pre-filled numbers) are given.

A medium level sudoku typically has fewer clues than an easy level sudoku, but more clues than a hard level sudoku. This means that there are more blank spaces that need to be filled in, and more logical reasoning and strategy is required to solve the puzzle.

Sudoku is a popular pastime that can be enjoyed by people of all ages. It is a great way to exercise the brain and improve problem-solving skills, and medium level sudokus provide an enjoyable challenge for those who are looking for something a little more difficult than an easy level sudoku. So, it is a good option for those who have already solved some easy level sudokus and are ready to take on more of a challenge.

Why is medium level sudoku more difficult than easy level?

In general, "easy" level sudoku puzzles have fewer clues, or starting numbers, than "medium" level puzzles. This means that the solver has to make more inferences and deductions to fill in the blank squares. Easy sudoku puzzles may also have more obvious patterns or symmetries that can be exploited to make solving the puzzle easier.

On the other hand, "medium" level sudoku puzzles have more clues, which can make them easier to solve in some ways. However, these additional clues can also make the puzzle more challenging because they provide more information that the solver needs to consider and keep track of. In addition, medium level sudoku puzzles may have fewer obvious patterns or symmetries, which can make them more challenging to solve.

Overall, the difficulty of a sudoku puzzle depends on a number of factors, including the number of clues, the complexity of the patterns and symmetries present in the puzzle, and the solver's own skill and experience. Easy and medium level sudoku puzzles can both be challenging, but medium level puzzles may require more advanced solving techniques and may be more time-consuming to complete.

How to solve a medium level sudoku puzzle?

There are many different strategies that can be used to solve a medium level sudoku puzzle. Here is a general outline of some steps that you can follow:

Remember, solving a sudoku puzzle is all about making logical deductions based on the given clues. As you solve more sudoku puzzles, you will become better at spotting patterns and making deductions, which will make it easier for you to solve even the most challenging puzzles.

Why does playing sudoku require skill and never luck?

Sudoku is a puzzle, so for every problem there is a logical solution that can be found. To improve and pass the most difficult puzzles, you don't have to g…

Is it possible to print a medium level sudoku grid on Sudoku Academy?

If you are having trouble finding the print button or link, you can try looking for it in the toolbar or menu at the top of the page. You can also try using the "Ctrl" and "P" keys on your keyboard to bring up the print dialog.

I hope this information is helpful and that you are able to print your medium level sudoku grids successfully.

What is the world record for the fastest solved sudoku in medium level?

According to the Guinness World Records website, the fastest time to solve a sudoku puzzle of easy difficulty is 1 minute and 23 seconds. This record was set on May 20, 2006 by American Thomas Snyder.

It is important to note that the level of difficulty for sudoku puzzles can vary significantly, and there is no standard definition of what constitutes an "easy," "medium," or "hard" level puzzle. Different sources may have different criteria for classifying sudoku puzzles by difficulty level, and the same puzzle may be considered easy by some solvers and more challenging by others.

According to the Guinness World Records, the fastest time to complete a Sudoku puzzle of easy difficulty is 1 minute and 23 seconds. This record was set on…

There are many reasons why someone might choose to play medium level sudoku on Sudoku Academy. Here are a few potential benefits:

Overall, playing medium level sudoku on Sudoku Academy can be a fun, challenging, and convenient way to pass the time and improve your problem-solving skills. Whether you are a seasoned sudoku player or new to the game, medium level sudoku puzzles can provide an enjoyable and satisfying challenge.