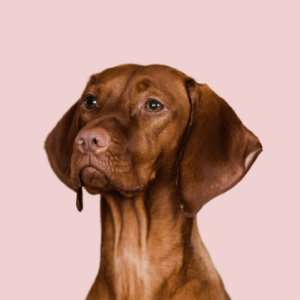 The evil sudoku is the most complicated grid in Sudoku Academy. Unlike the other puzzles, at the evil level you can't make a mistake. Otherwise, you won't get any bonus points. The other difficulty of evil sudoku is that you are only allowed three clues maximum, which will force you to be attentive and confident before deciding.

Who is evil sudoku for ?

If you are looking for calm, serenity, then we advise you to measure yourself against the lower level grids. Indeed, the evil grids do not force you to play quickly, but being limited to a number of errors, it adds stress and challenge to your game.

On the other hand, if you are looking for a challenge and want to compete with the best by going as fast as possible, then evil sudoku is the level that suits you best.

Yes, you can play as much as you want, with no time limit and no ads.

Who holds the world record for the fastest evil sudoku game ?

According to Guinness World Records, the fastest time to complete a sudoku puzzle of easy difficulty is 1 minute and 23 seconds. This record was set on May 20, 2006 by American Thomas Snyder.

Thomas Snyder was kind enough to publicly share his technique for solving evil sudoku puzzles as fast as he does. So, how does he do it?

You have to be methodical.

Thomas Snyder said he approaches sudoku with an analytical mind and a series of routines.

When solving devilish sudoku puzzles, try to choose a methodical approach that can be repeated. Among other things, start with squares, rows or columns that have a multitude of spaces already filled.

You need to practice daily and play evil sudoku.

Thomas Snyder plays sudoku to warm up his brain in the morning before work. Similarly, if you practice sudoku every day, you're more likely to develop the right puzzle-solving habits and become faster at completing sudoku grids.

Consistent practice gives your brain a level of ease and comfort and gives you a sense of repetition. The more you practice, the easier it gets.

It's all about having fun and enjoying yourself.

Sudoku is first and foremost a hobby, a pleasure. If you stop having fun, take a break. The more you make sure you feel comfortable and have fun playing sudoku, the more likely you are to solve the sudoku puzzles quickly. Sudoku is a game, after all.

Why does playing evil sudoku require skill and never luck?

Sudoku is a puzzle, and so for every problem, there is a logical solution that can be found. To get better and pass the devilish grids, you don't have to guess at all.

Here are some reasons why sudoku requires skill rather than luck.

You don't need luck when you have logic.

Sudoku is a logic puzzle that requires deductive reasoning and the process of elimination to fill the holes in the grid. So you don't need luck, just a clear view of the grid, the ability to concentrate and the determination to keep going even when things are difficult.

The concept of luck has nothing to do with the hard work of slaving away and working your mind on the sudoku grid.

Guesses are counterproductive in extreme sudoku.

Sudoku players are sometimes tempted to guess. If you can't figure out which number should be placed in an empty space, it may seem like a good idea to guess which number is correct and move on from there. But, unfortunately, guessing can take you away from the solution of the sudoku.

If you guess wrong, and that wrong number becomes the basis for other incorrect assumptions about the puzzle, you risk creating a series of confusing mistakes that will lead you to abandon the puzzle in frustration. In the evil sudoku mode, guessing wrong will add an additional error, bringing you closer to defeat.

If you try to guess or look for lucky shortcuts, you are only hindering the development of your Sudoku solving skills. Learning to play Sudoku is a skill that does not involve luck or serendipity. The best players know the fundamentals of the game, they know how to analyze a Sudoku grid, and they know how to apply a rigorous vision and thought process to Sudoku solving techniques. This has nothing to do with luck, it's all about hard work.

If you take the time to practice solving Sudoku puzzles and learn the basic techniques, you will be far better off than someone who thinks Sudoku is about luck.

Play easy sudoku, for free and perfect for beginners.

Playing at sudoku easy level. Although this is the easiest level in the sudoku world, you need to stay focused and master the rules of sudoku to the extent that you can solve the entire grid. You can play daily, print the puzzle grids, solve and see the solution of

If you arrived at this page, it's either because you are curious and want to test your current level, or you got lost, but don't panic, you can continue reading this article which will teach you more about the different techniques to solve a medium level sudoku.

The hard level is characterized by the fact that the grids contain far fewer numbers than the lower levels. To solve a hard grid, you already need to know some tactics and tricks such as the double, triple or multi-directional technique.

Expert Sudoku is a game for experienced sudoku players, who need to be challenged with a very difficult level of sudoku. This expert sudoku grid is characterized by the fact that very few numbers are shown in the sudoku grid. You will have to use the best strategies, patience and